Our programme is designed for the South African environment. We concentrate on street survival.

Our school is unique in that it teaches the student unarmed defence, armed defence (with the use of traditional weapons) as well as ground fighting applications.

We are a non-competitive school and we do NOT focus on competition training. Training for medals, trophies and points according to a set of ridged criteria will never be our focus.

Individual attention within each student’s limits as well as effective technique is of the utmost importance to us. Regular training requires a good bit of discipline and within every individual’s capacity the students are encouraged and pushed enough to progress.

The class atmosphere is disciplined but friendly with a mutual air of respect between student and instructor. 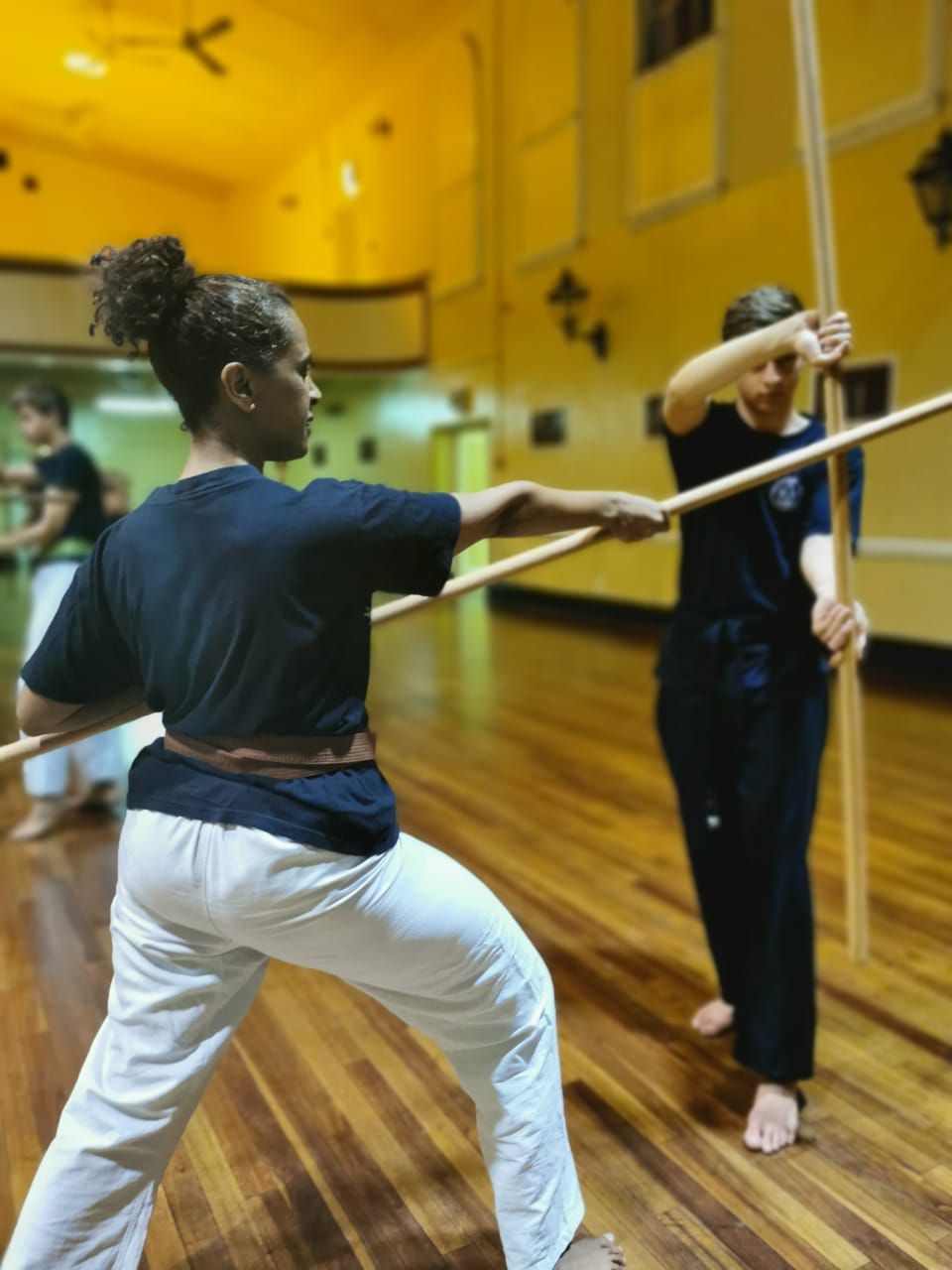 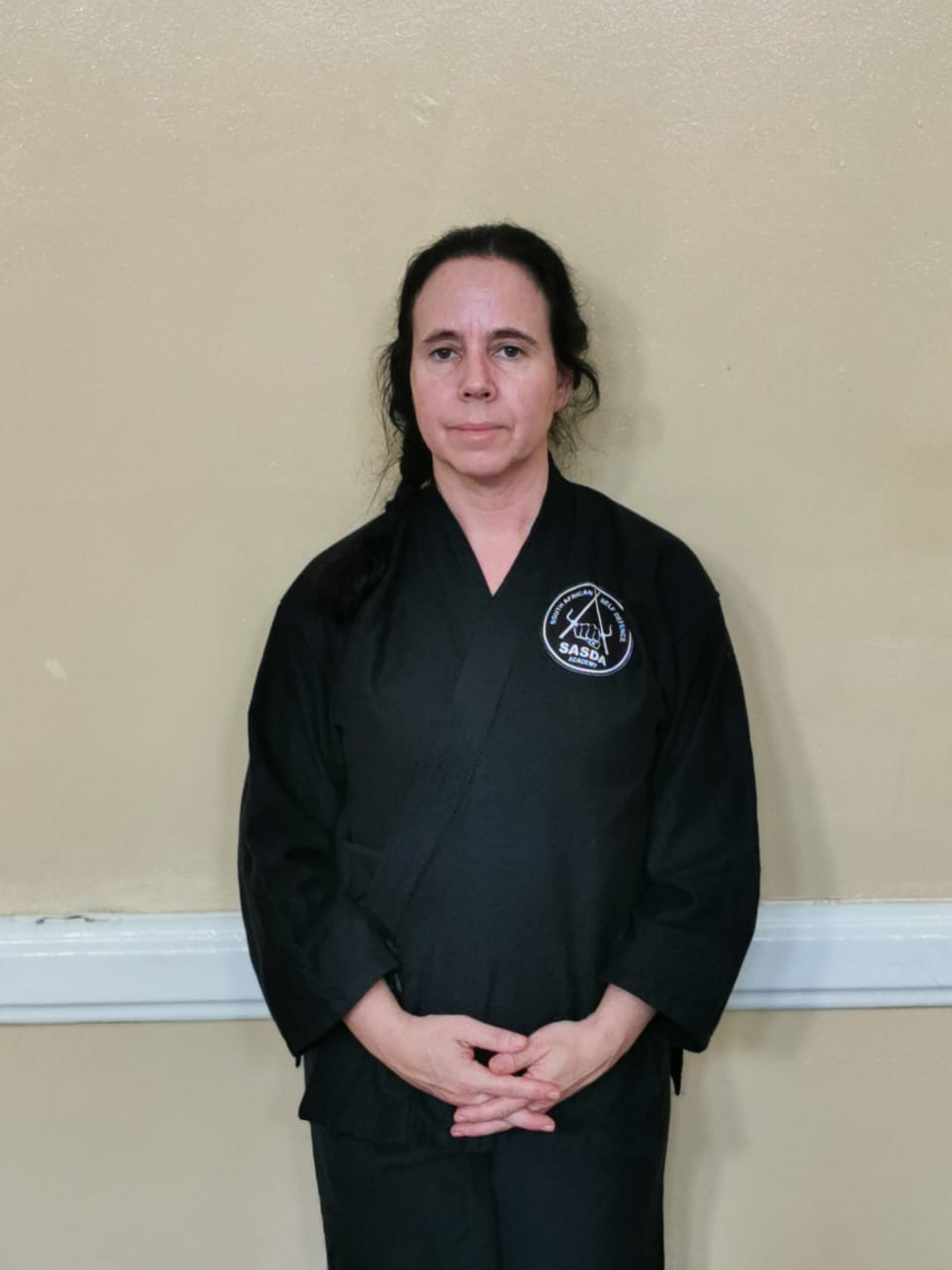 South African Self Defence Academy was registered in 2008. It evolved from their original company Karate-Jutsu that was founded in 1999.

They both began their training under Grand Master Denis St John Thompson over 35 years ago. It was under him that they learned their use of the Okinawan weapons.There journey into traditional Japanese Karate also started here.

They both moved on to do a personal apprenticeship under Grand Master Hugh St John Thompson. His focus was philosophy, survival training (in the bush and on the street) and traditional Japanese karate. This apprenticeship was done on a fulltime level over a period of 7 years.

Having completed their apprenticeship, they both moved back under the guidance again of Denis St John Thompson and continued their weapons training development. It was here that they both gained knowledge and practice in the art of Tai Chi Chuan. The latter they continued in their personal capacity to enhance their wellbeing.

In 1999 Jerome and Terry-Lynn opened their own School of Martial arts. This the called “Karate-Jutsu”. The focus of this school was traditional Japanese karate, with a small element of weapons training and tai chi chuan.

This school has been operating to date with various dojos that have branched out to encompass these training elements.

During these last 20 years the founders have been focused on also gaining more knowledge into the practical street defence of using their weapons training. The teaching programme within this element has greatly evolved to such an extent that they deemed it necessary to begin a complete separate entity, and school of training that encompassed a great deal more focus on weapons training. Parallel to the developments in the weapons arena, Jerome began his Brazilian Jiu Jitsu training in 1999. He is to date a brown belt in Brizilian Jiu Jitsu and heads up the Rio grappling club in Somerset west, Edgemead,Newlands and Melkbosstrand. This he has named “Apex Jiu Jitsu Academy” It is affiliated directly to Rio Grappling Brazil under the founder Roberto Atilla.

South African Self Defence Academy was founded in 2008. The founding of this Academy became the amalgamation of their research and training of the 3 facets that now encompass the school, namely karate, kobujitsu and submission grappling.

Jerome and Terry-Lynn have reached what they always dreamed of, namely, to have a Martial Art School that covered various potential street attack situations.

a) how best to teach it and
b) how best to apply it on the street.
They both continue to train and develop their students with passion and commitment.